Leadership, Quality of Life Around the World 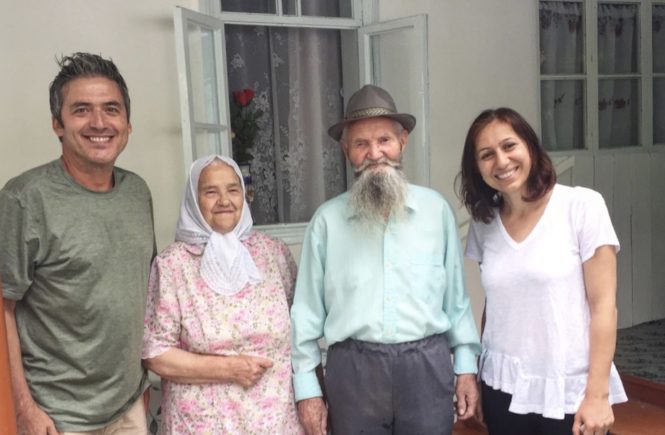 More than a Culinary Journey to the Caucasus

Cultural differences can stall team performance by impeding people’s ability to work effectively towards shared goals. The reason is the misconceptions and tension caused by focusing on differences. Workplace diversity experts agree that people from different cultures have more similarities than they realize. In today’s globalized marketplace, where increasingly more organizations procure, sell, market and employ across borders and cultures, we need the kinds of leaders who help people see the commonalities, embrace the differences and maximize performance by leveraging the two. Building connections across the differences goes beyond organizational needs and benefits communities at large.

Today, I would like to introduce a community leader who goes out of her way to bring people and cultures together. She creates opportunities for people to travel across the globe, share unique experiences and bond around one thing all humans have in common – the love for good food. An Azerbaijani-American award-winning author, blogger, tour planner, and my great friend Feride Buyuran has recently returned from 2 weeks of visiting Azerbaijan and Georgia with a group of American tourists. 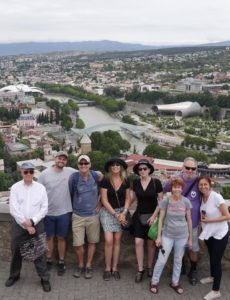 – How did the idea come to you?

–   It all started with my food blog and book, called Pomegranates and Saffron: A Culinary Journey to Azerbaijan. My readers were asking if I would consider organizing a tour to Azerbaijan just as the book title suggested. One thing led to another and, being a spiritual person that I am, I took it as signs from the Universe. I sat down and developed a vision. In a day, the itinerary was planned out. Then the real work began: I reached out to friends and acquaintances from Azerbaijan and neighboring Georgia to find contacts who could help me bring my ideas alive. I announced about my tour within a month and people started signing up. I only took a small group of 7 to allow for close personal interactions.

–  What was the intention of this tour?

–  The idea was to allow North Americans to immerse in a foreign culture, get familiarized with a new way of living and make connections. At the same time, I wanted to positively contribute to the lives of people back home, especially those living in remote locations. Anyone can take a city tour or visit major historical sites – both Azerbaijan and Georgia are rich with those! But you only learn so much from that. On my tour, aside from sightseeing, I wanted people to experience what life is like for everyday people living halfway around the world. 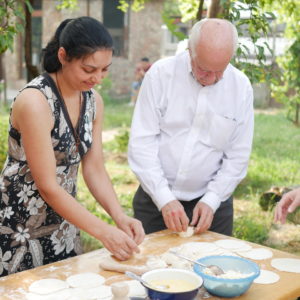 More often than visiting restaurants, we ate in the houses of the locals – sat around their family tables, got to know those who made the food, learned what customary significance each dish had in the local culture.  As a result, not only the tourists learned a lot, but the villagers themselves developed a deeper appreciation for their culinary traditions after seeing them through the eyes’ of the newcomers.

-I know quite a few North Americans who like to stick with “safe choices” while abroad. Where there any McDonald’s stops on your tour?

– Ha-ha. We actually passed by Mc Donald’s, Hard Rock Café and KFC in Baku. Our tourists had grins on their faces seeing the familiar sights but showed no intention to go in. We had one vegetarian in our group and we always made sure she had plenty of options. Others ate absolutely everything that came our way – and that was great. When you are saying yes to new food, you are opening up to new ways of living. I was proud of everyone!

– Often times corporate team building takes place over lunch events. Did you find that food still bonded people even if they didn’t speak each other’s languages? 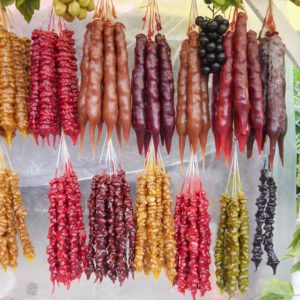 – Absolutely! Bonding over food was one of the highlights of my tour. Most villagers did not speak any English, I had to interpret. Knowing the language would have made things easier for both sides, but “breaking bread together” brought them so much closer. The jokes, the laughter, the positive vibes accompanied us everywhere we went!

– I’d like to hear about broken stereotypes if you got to witness any.

– For one thing, whether we want it or not, generations of Americans have been raised on the Cold War propaganda and as a result, developed certain prejudices against the USSR. This full immersion tour became an eye-opener in that concern – among other things, the tourists learned about the true impact of WWII and the Stalin ’s regime on the Soviet people. Every family we met on our path, including my own, had someone they lost at the war or someone who endured exile – the old photos on the walls spoke volumes. The Americans were surprised to see Fallen Soldier memorials in every city and village we visited and discovered for themselves the notion of the Great Patriotic War of 1941-1945. They learned a lot about the contributions of Baku to making the Victory happen. 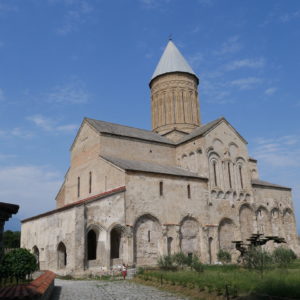 – Were there any epiphanies while you were on the road?

– For me personally, it was realizing just how diverse Azerbaijan is when it comes to its food traditions. I even came across a few new recipes for my next book.  For everyone else in my group it was the incredible ethnic and linguistic diversity of the peoples populating Azerbaijan, and their peaceful coexistence on the land they all love. The diversity did not end there either. We crossed the state border from Azerbaijan to Georgia and momentarily found ourselves stepping from the tea and carpet culture into the land of wine, with the luscious greenery of its vineyards and the splendor of its ancient churches and royal castles. This was only the tip of the iceberg! I am sure there are going to be a lot more “aha” moments in the future.

-What was the biggest “out of the comfort zone” experience you can share?

– There were a few instances when seeing the lifestyle in the remote areas made our tourists appreciate more the everyday conveniences of their own life back in the US. But the most adventurous thing we did was visiting the mountainous village of Khinalig (in the region of Quba) at 7,710 ft. above the sea level. The only way to get there was the way the locals did, so our group had to disperse into three beaten up 4-wheel-drive Ladas that survived all the way from the Soviet times! To my surprise, everyone thoroughly enjoyed this very bumpy ride!

– Any cultural nuances the visitors wished they could adopt?

– Everyone was impressed with the wholehearted receptions given to us at private homes. Most of those visits were prearranged, but in the village of Lahij someone suggested on the spot we visit an old house that had a lot of 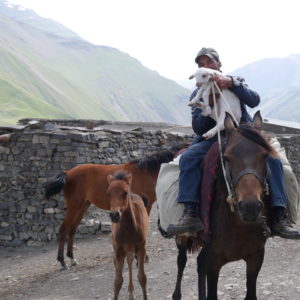 character and history. And so we did. My American visitors were shocked to see that the family residing in the house, not only allowed us to freely walk in from the streets, but also greeted us with a lot of warmth and excitement. They noted that this level of hospitality would be unheard of in the US.

– Would you say the tour lived up to its purpose and what can we expect next?

– Overall, it did. There is always room for improvement and I will always be improving. Currently, I am working on new routes for my next tour, looking for connections in the world of arts and crafts, specific for each ethnic group represented in Azerbaijan. There are so many more places to explore, people to meet and great food to share!

– So, based on the lessons learned what is the #1 reason you recommend people choose full immersion tours?

– I personally would love to be this kind of a tourist in another country. When you interact with the locals, make friends, sit down with them and share a meal, you learn what they are really like. These experiences help in bringing down the barriers of misconceptions. But best of all, they teach you about the main ingredient of all human relationships which to me is empathy. Empathy is what you take with you to every area of your life – personal and professional – in order to empower and to feel empowered.

To keep an eye on Feride’s upcoming events you can visit her website at www.feridebuyuran.com.  Do you have your own stories of building connections despite the differences or any other travel epiphanies? Please share in the comments section below. We would love to hear from you! 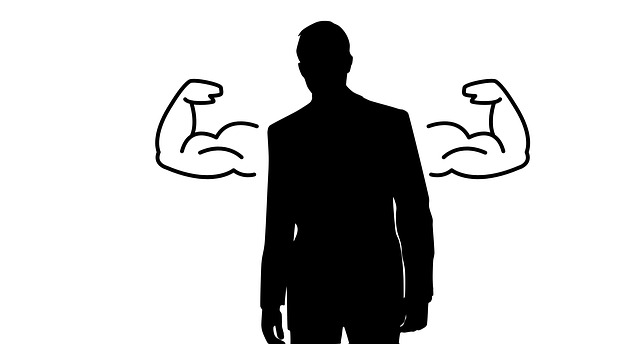 Be Yourself, Your Best Self 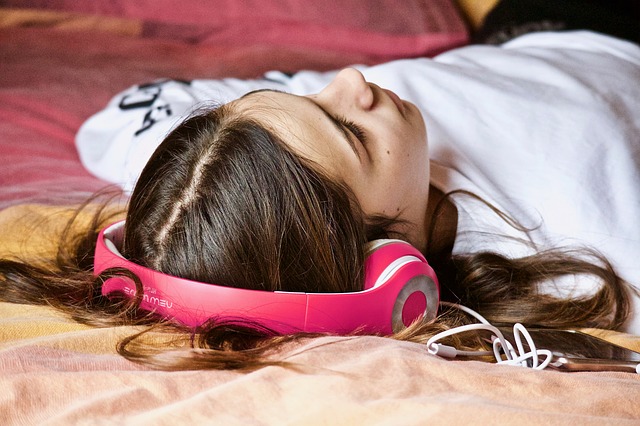 YES TO SAYING NO! 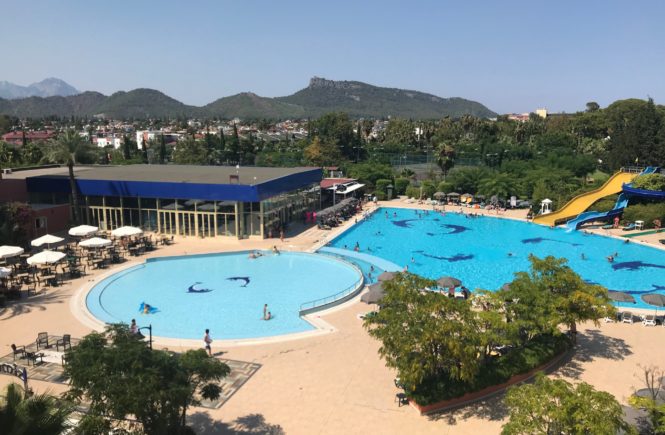